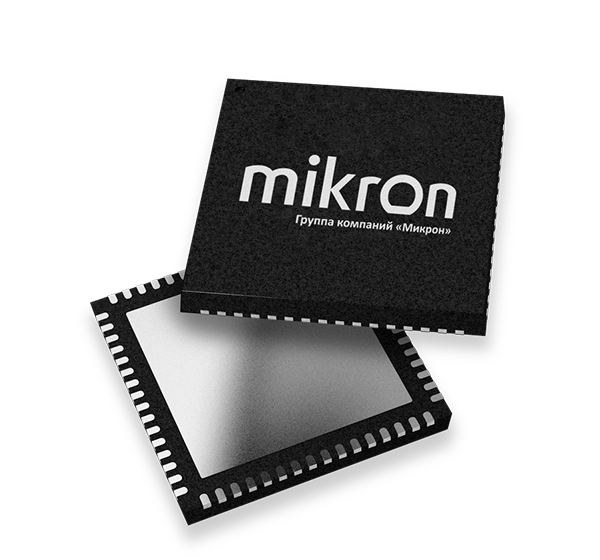 To make a new website design for maintaining image and reputation of the company on a high level.

To change product catalog in terms of user convenience.

To increase a number of requests on products, sent from the website.

Develop a full adaptive version for all devices. 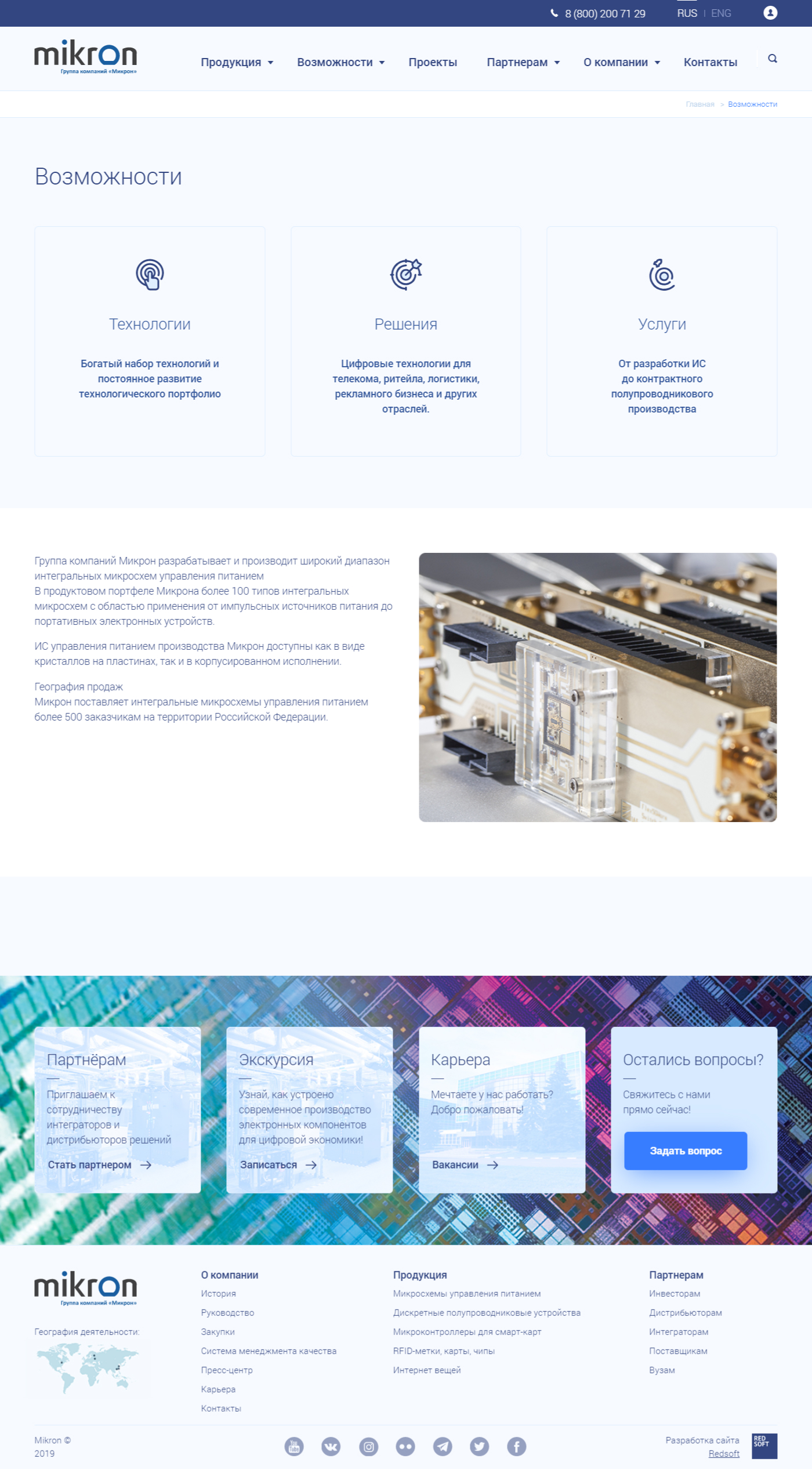 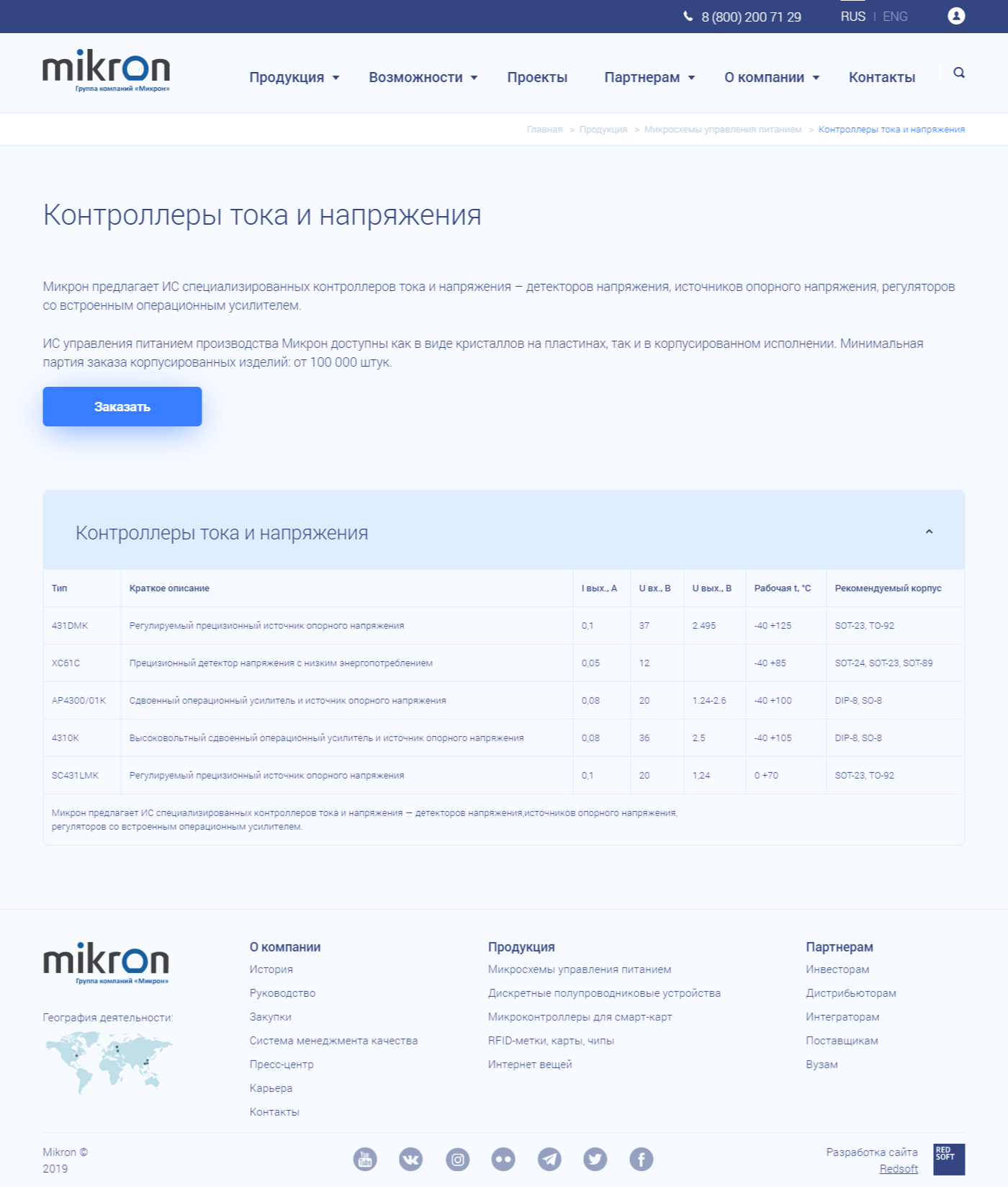 I’ve known Redsoft company since I worked at another company. We wanted to collaborate, but the cost was high for the organization, and we chose another contractor, which we regretted very much later. One of my first tasks at Mikron was the development of a new site, we invited Redsoft to a tender, and they won the competition. The main idea of ​​the project was to create a website that would reflect the company's reputation as a leader in microelectronics in Russia and its desire to keep up with the times. The goal was 100% achieved, we received a lot of positive feedback about the new site from customers. I would also like to note that the cooperation was very comfortable for us, thanks to the manager Danila Turenko. Thanks for the great result!

Do you want the same?

Order a consultation and we will call you back.

Gitis
Website development
This websites use cookies. By continuing to browse the site you are agreeing to our use of cookies.
Write to us and we will definitely answer you within one business day
Close popup

Your message has been
sent successfully